Getting it right, off the horse

While spending time not riding, I've worked on a few things with Ben and with myself. I had started a change in training plans for myself after our Rocking Horse show. Around jump 13 on cross country I started wondering if I was breathing at all because I was TIRED. Now, part of this we have remedied with stepping up to the 2-ring so that home boy can't pull DOWN on me the whole time. But part of this is plain 'ol fitness.
Off the horse I am NOT a competitive person. I have been a "runner" since I ran cross country competitively in high school. I credit my own soundness over the (cough 15 cough) years of running since then with a lackadaisical approach to whether or not I am getting faster. I've run all of... 5 races since high school. I run because it makes me feel good for... 9 months out of the year. I struggle through FL summers because every time I've stopped for the summer I have serious regrets in October when I pick it back up again. In spite of my somewhat lazy approach to the whole thing, I logged 44 miles in March, right before Rocking Horse. So clearly the volume was there. Which left me wondering WHY I felt like I was dying with no oxygen being delivered anywhere in my body. I came to the conclusion that my favorite type of run, the slow, steady long run was not actually doing me any favors on the cross country course. My unscientific opinion... Cross country involves much more anaerobic work and much more muscle than I had been building on long runs. Ie HIIT and weights or plyometrics, two of my least favorite things in the word. However, wanting to be able to ride the nice horse who was in 2nd after dressage and 4th after stadium is a helluva motivating factor.
I eliminated my long run, because, time and motivation trade offs, and added in plyometrics from something that was formerly called the Bikini Body Guide. I bought this PDF version... way back when it was still a PDF version. Now it is a subscription app called Sweat.  It was billed as a home workout with zero equipment required. This was (and is) incredibly appealing to me, because I can promise you that no matter what my motivation is, there is no way I am driving to a gym, entering said gym, and working out in the gym. Through my job I do have access to a very, very nice gym with classes at a very reasonable cost, but NOPE. 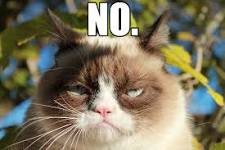 The bikini body guide workouts consist of LOVELY exercises such as jump squats, weighted lunges, and burpees. So once a week I have dutifully been putting on 90s punk rock hits and bouncing around my living room while the cat wonders if I have lost my mind. Running wise, I have still been doing a 30 minute steady run, mostly to force my sore, sad legs into moving again, and a tempo run. The tempo run is fairly anaerobic, so probably the most useful run out of the 3-4 weekly runs I had been doing prior to April.
Abs/core I think I have finally gotten down decently, both in terms of efficacy and something I can stick to. My husband follows Athlean-X on youtube and has talked me into checking out his videos. He advocates 7 minutes a day of abs. That sounds appealing! The workouts are pretty hard, but they do feel incredibly effective. My core has never felt as good and strong as it has for the past 6 months. He's got a huge number of videos too, so I just pull up youtube and click on one I haven't done in a while and get started.
That brings us to upper body... This one is pretty pertinent to real life as well, because I had been noticing that things I could easily do 5 years ago were becoming more challenging. Muscle loss as you get older is a real thing apparently. This one, I'm still working on getting right. My wrists object to push ups or really being put at a 90 degree angle with any pressure on them. So I've been doing a mix of Athlean-X activities as well as bands and free weights. I do best with a set system though, and this isn't one yet. Jury is still out on how this will go. But it is on my checklist to do "push" once a week and "pull" once a week.
We may or may not get to test out how this new, revised system is working at the start of June. Time will tell, Ben is getting a glue on tomorrow on his right front, which is also when entries are due for our last possibility of the summer season, Ocala Summer on June 3rd.
This post would be mostly about the human, but since Ben elected to start our official time together with a nasty bruise, he's been doing some on the ground exercises too. When he was chiropracted by our favorite vet, he was a little tilted and out in his lumbar spine. She is a big fan of homework of flexing the area of the spine that is weak. For Yoshi that was belly lifts in the classic way, using a light touch on the midline of the girth area to get him to lift through his withers. For Ben this is the thumb nails down the hindquarters to get him to flex UP in that lumbar area. He's a very good sport about this and it's gotten easier for him to hold this.
I discovered a month or two ago that he LOVES carrots a LOT more than regular horse treats. So we've also been doing carrot stretches laterally and down. He also LOVES a good front leg and hind leg stretch. I haven't found a way to stand yet that I don't get pulled forward when he does the front leg stretches though, he gets so into them. I have played with the bladder meridian that Ms. GY showed me. Yoshi was SO expressive in everything, it has been interesting to get to know Ben this way. He's actually a lot more closed off when it comes to telling me spots to stay on or focus on. We've been playing with the Pillar work from Celeste as well. He had the same response to it that Yoshi did actually, our first time doing it he turned really internal after only a few minutes and closed his eyes completely and stood there quietly in the jump field for about 5 minutes. The jump field is usually a semi-spooky place for him and also full of delicious grass. It's really interesting stuff.
Ya'll have any favorite fitness exercises for human or horse? Tips for galloping cross country without getting so winded?
at May 16, 2022 9 comments:

Light on content, still working on part 2 of my "can't function on my own" post/whine. Took a dressage lesson on JT's retired 3* horse today, oh my was that fun!!! There is a light at the end of the tunnel of Ben's bruise/abscess/sore foot.
at May 11, 2022 5 comments:

This Way to Heaven 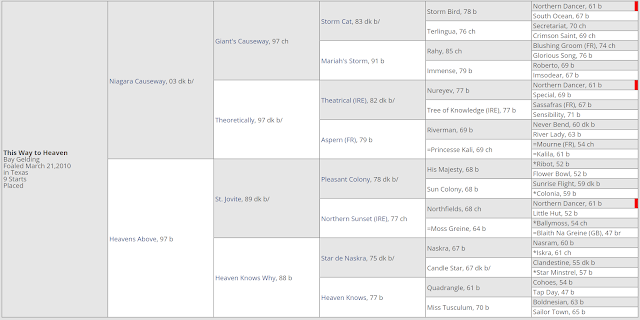 Online reading, which pretty much makes me an expert, tells me that the Giant's Causeway stamps his offspring with floaty, beautiful trots and balanced canters and tends to throw tall, lanky offspring. The other name that caught my eye on his pedigree is Pleasant Colony. According to a chronicle article "(he) was a big, leggy horse with a tendency to pass that on." Ben fits with those descriptions, being mostly legs and clocking in at 16.3 and 1/4. He's also a down right gorgeous mover.
I am so excited to see what the future holds for us. He is on a brief respite right now because he has a bruise on his right front foot. Just once I'd like to buy a horse and not immediately have it go lame... but he's got a good reason, he accidentally had his shoes pulled and then reset midway through the cycle due to some confusion about what farrier was doing him. He then pulled his right front shoe in the pasture a few days later. We put it back on and he made it through his PPE just fine, but the day I signed his contract went lame on it with a strong pulse in that foot. But, like I said, he's got a good reason, so he's just getting some time off. He got shoes with pads on Friday, which I'm hoping will help.
We're going to finish out the spring season at JT's barn, but I'll be moving him to the GY's in mid-June. If he doesn't acclimate right to the herd he'll go back to JT's. She adores him so he always has an open stall there.
at May 02, 2022 4 comments: