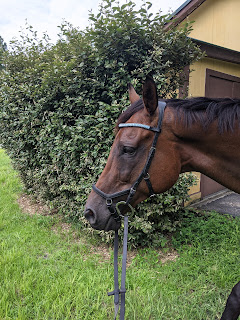 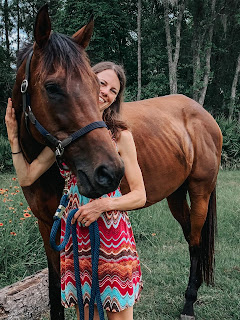 Yoshi, is a 2014 bay thoroughbred gelding. His Jockey Club name is Shidoshi. 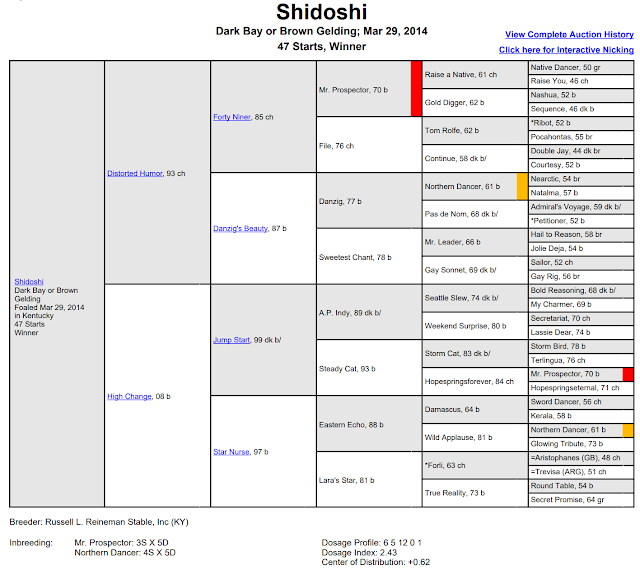 He retired in October, 2020 after 47 starts. He was purchased in November and restarted. He did a hunter pace, a beach trip, and an entry level event with his seller before I tried him at the beginning of February 2021. I bought him at the end of that month after a month long trial. Other than the obvious sound and happy goals, I aimed for Novice or Training level eventing as our ultimate goal.
Since day one he was an incredibly reliable, brave, workmanlike horse. He was out on solo and group trail rides very early on in our relationship without batting an eye at many things that would have spooked other more seasoned horses. He figured out jumping pretty quickly as well, getting the point of going over the jump very early on and then actually using himself over the jump a bit after that. 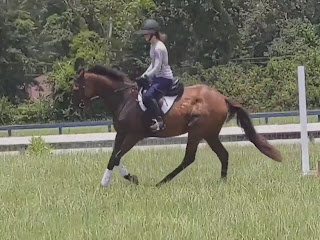 Unfortunately although he had a very successful start to his eventing career, Yoshi went lame in... multiple spots in December of 2021. After an extensive work up, I ended up deciding that even though he had taken to jumping like a fish to water he needed a career that would be easier on his body. He was sold in March of 2022 to a new, loving home.