I brought Yoshi to his new home on Saturday. It was bittersweet for sure. His new owner met him two weeks ago and fell in love with him pretty quickly. It's really pretty easy to do, his great mind is really obvious from the get go. She met him the day after I moved him and was very impressed by how solid he was.
I listened to a podcast on the importance of play. It stated as a general rule that the animals that play more have more neuroplasticity. While they were speaking about differences between species, I couldn't help but think of Yoshi. He ALWAYS wants to play with the other horses. He also made one of the fastest adjustments to a  new career. He figured out the game of jumping really quickly and assessed in a way JT said UL horses do - taking a look 8-10 strides out and figuring out how he was going to have to navigate something. It breaks my heart that his body could not keep up with his mind though. So in his new home it won't be asked to. But he will have a job and he will have attention, two things he very much wants.
The week before his move, a lot of coulda-woulda-shoulda ran through my mind. But in the end, Yoshi has found a home with someone who understands his quirks on the ground and loves his mind under saddle and who has riding goals that fit with his physical limitations and issues. 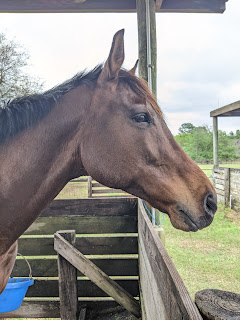 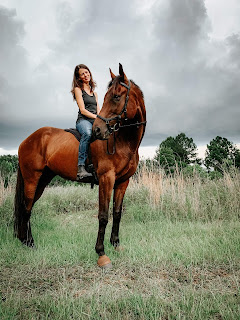 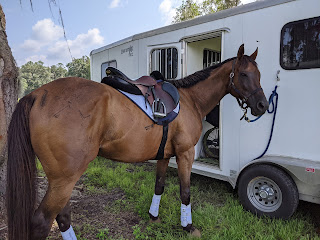 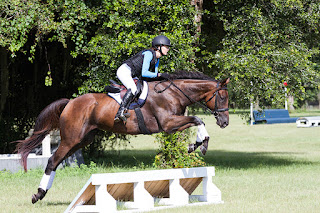 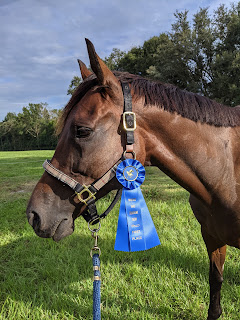