The chaos in my mind... saved in text format

I had a long conversation with my best friend in Delaware yesterday about Yoshi. She is an equine vet and does a lot of PPEs for a woman who buys OTTBs to market as sport horses. She talked me down off the ledge of frustration, confusion, and hopelessness. We both came to the conclusion that the intern who was with the surgeon went back through the diagnostics later and wrote up the report. Not confusing at all there, but I know the intern wasn't there for at least one of the conversations I had with the surgeon, so I guess it was all open to their interpretation later. She felt that doing the ultrasound without blocking out the left front lameness was not a super useful thing to do. She said that if you ultrasounded the suspensory ligaments of a decent number of sound performance horses, you would find things you could be concerned about if they were lame. Which he was. But he could have been lame due to his left front foot, we don't know because he wasn't blocked to the location of his lameness on that leg. The only part that doesn't fit with foot is why this started with a mild left front lameness when the right front foot is worse. She also said that regardless of whether or not the suspensory ligament is the problem, the current recommendations for a suspensory ligament with enlargement but no tear was pasture rest. She recommended getting his feet right and then if there is still a lameness, working it up with a lameness exam with blocking to localize where the problem is. Makes sense. Also is a cheaper route. Interestingly enough, in the last week or so, there has been mild to no effusion in the fetlock - maybe that palmar osteochondral disease is resolving? He's now had pasture rest for 60 days.
Armed with that information, I palpated his suspensory ligaments in all 4 legs. Starting with the left front. He did not palpate sore over the branches, but did palpate sore on the proximal half of it. Uhoh. Moved on to the right front, same thing. Repeat on legs #3 and 4. Hmmm... consult with BFF. Yeah, really unlikely he has high suspensory problems in both front legs and high suspensory/hock problems in the hind. Probably doesn't appreciate your pinchy little fingers there. Really? This is normal? Even though I can palpate the SDFT and DDFT without a problem? Yes.
I feel like I keep flailing around in this lameness quagmire. I thought taking him to a boarded specialist and agreeing to all the diagnostics he recommended would get me an answer. Ha. Turns out unless I find a professional I can put all my faith in (would love if my BFF just moved back down here) I'm going to have to keep synthesizing all this information and coming up with a plan with the help of professionals rather than blind faith in them. But putting the whole picture together is hard.
In performance reviews at work, I consistently get called "calm" and "thoughtful". There was one week where between reviews from peers, students I teach, and my managers, I was called "calm" four times. Makes me feel like a cow placidly chewing its cud in the field. Over the years I haven't puzzled out whether the hamsters that run around in my brain truly run at a more relaxed speed than average or whether I am just not an emotive person, so no one sees them doing back flips in there. I think it is some combination of both most of the time with certain faulty areas. Usually when trying to digest information like this, the hamsters run rapidly in circles for a while, sometimes tripping and falling; I talk to my husband, I talk to my BFF, and I talk to my good friend out at the barn, the hamsters slow down to a jog. I come up with a more logical and reasonable conclusion than the half-thought through mush that was there at the beginning, the hamsters climb off the wheel and curl up for a nap. Now though, I've decided to blog, so instead it spills out onto the blog in an undigested form that has to later be ruminated on and corrected. Interesting. Documenting the thought (or lack thereof) process. 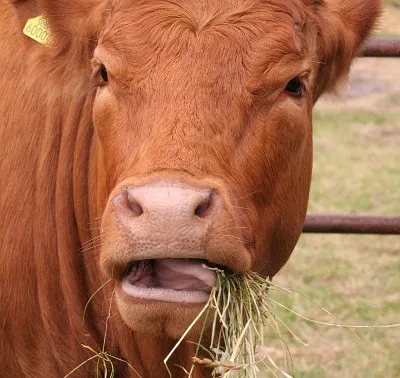 In the digesting process....